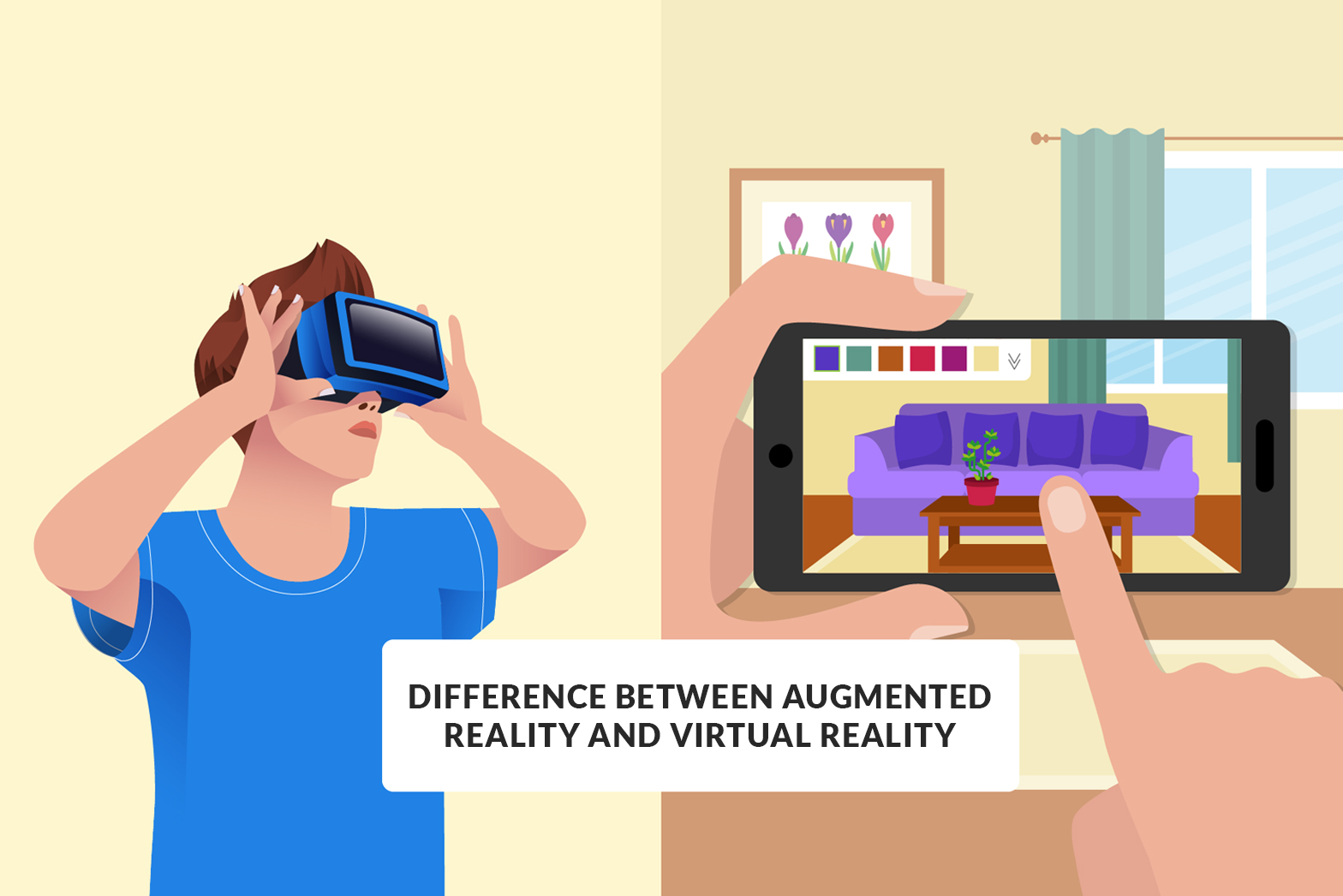 Both AR and VR offer a creative way to immerse clients in an environment that is even more engaging, and interactive. But sometimes people get confused by its terminology. So let’s check what exactly is the difference between virtual reality and augmented reality.

Augmented Reality (AR) is an improved version of the actual physical world that is accomplished by the use of technology provided by digital visual elements, and sound. To create an artificial environment, AR is a great combination of the digital world and the physical elements.

Virtual reality (VR) is a computer-generated simulation of an alternate universe or reality. It is widely used in 3D films and video games. Visual senses are always under a control system in virtual reality. But in AR, users always have a sense of presence in the real world. VR immerses individuals, often with a lot of costly hardware such as headsets. On the other hand, augmented reality typically begins with a real-life view of something or adds images onto the computer or the audience.

AR is used to enhance both the real and virtual world. You can experience it with a smartphone or with special hardware. It provides individualized learning and people can share long-distance experiences. In the case of VR, it is used to enhance the gaming world. It allows you to create a believable environment so that the world can be explored by the user. The use of VR in the education sector makes the education process comfortable and easy.

AR is very expensive to implement and maintain. Lack of privacy is one of the drawbacks of AR. It can also cause mental issues to people. VR environmental training does not results the training in the real world, and it is not possible to do all the operations through VR for various industries.

Both are strong innovations that enhance user experience. These technologies are giving a new definition for both the real and virtual world.

Facebook Ad Targeting: How to Reach Out to The Right Audience

Facebook audiences refer to the people you target when you advertise on Facebook. People wish to see ads that are relevant to...